What are my Options if I Was Injured Using 3M Earplugs? 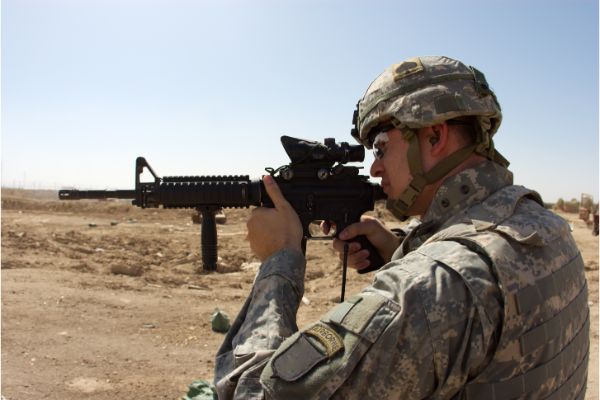 Thousands of veterans and military personnel across the country may be entitled to compensation for hearing damage they sustained as the result of defective earplugs manufactured by 3M. Earplugs are a basic necessity for soldiers who sometimes work in very loud environments. They are meant to protect against hearing damage and hearing loss. However, the earplugs used by the Defense Department did not perform the way they were intended, and as a result, potentially thousands of soldiers were injured.

From 2003-2015, all branches of the U.S. military issued 3M Combat Arms earplugs to soldiers. Thousands of military personnel used these earplugs on a daily basis, assuming they were protecting their ears from the damaging effects of high-level noise exposure. The earplugs were supposed to seal off the outer ear canal to prevent loud sounds from affecting the ear.

As a result of ineffective earplugs, many soldiers and military personnel suffered damage to their ears. Some have experienced total or partial hearing loss and/or tinnitus or ringing in the ear. Potentially thousands of soldiers have suffered hearing loss and damage as the result of defective 3M Combat Arms earplugs.

If you’ve suffered hearing loss and/or tinnitus after using 3M Combat Arms earplugs, you may be entitled to compensation for your injuries. If you served between 2003-2015 and were issued 3M Combat Arms earplugs, you should consult with an attorney and explore your options. At Gregg M. Goldfarb, LLP, we can evaluate your case for free. Contact us online or call us at (305) 374-7000 to schedule a free consultation.

Previous Post
What Are My Child’s Rights if They are Addicted to Opioids?
Next Post
Didn’t Slavery End?